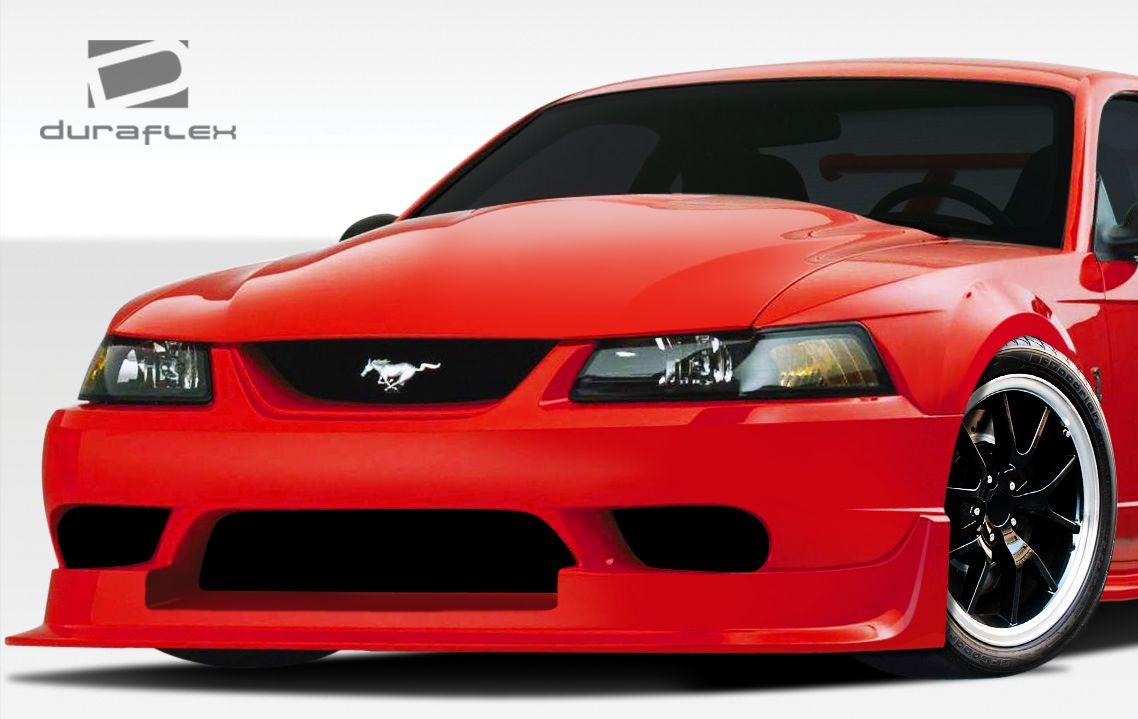 Looking for 1999-2004 Ford Mustang Upgrades? You came to the right place! We carry a full catalog of products to customize and improve the way your 1999-2004 Mustang looks, performs and handles. For instance we offer body kits and aerodynamics as well as exterior accessories, lighting, performance and suspension upgrades. In conclusion we are standing by to assist you if you have any questions on the products we offer.

At Driven By Style LLC we specialize in body kits and aerodynamics. We carry many of the biggest brands in the industry and have dozens of full body kits available for 1999-2004 Ford Mustang. In addition to complete body kits we also offer individual components. Browse our catalog of Ford Mustang fender flares, fenders, front bumper lips, front bumpers, rear bumper lips, rear bumpers, side skirts, spoilers and more. Additionally we also offer custom hoods for 1999-2004 Ford Mustang. Our Mustang hoods are available in fiberglass as well as light weight carbon fiber. For convertible Mustang owners we offer roll bars as well as tonneau covers.

This fiberglass hood from Duraflex for 1999-2004 Mustang features a raised center cowl and functional venting to allow cool air into the engine bay and get hot air out.

Every Mustang owner on earth is a fan of performance. For that reason we offer many upgrades that can make your 1999-2004 Ford Mustang perform and sound better. For instance we offer items including cold air intakes, cat back exhaust systems and headers.

The Ford Mustang being rear wheel drive can benefit from an upgrade in the handling department. The one upgrade that makes the most impact on the way your Mustang corners is lowering the ride height. We offer both adjustable coilovers as well as lowering springs that will get your Mustang stance perfect.